It was the final day and the final segment of a diverse and innovative San Francisco Fashion Week. Who better to capture the spirit of the annual event and its theme, “Innovating Fashion’s Diverse Culture,” than professional model, actress, Veteran and UNYQER Kat! Her heartfelt words to open the final segment told of her own story of troubles and triumphs and what her UNYQ cover means to her. The audience was on its feet with admiration before the finale even began! 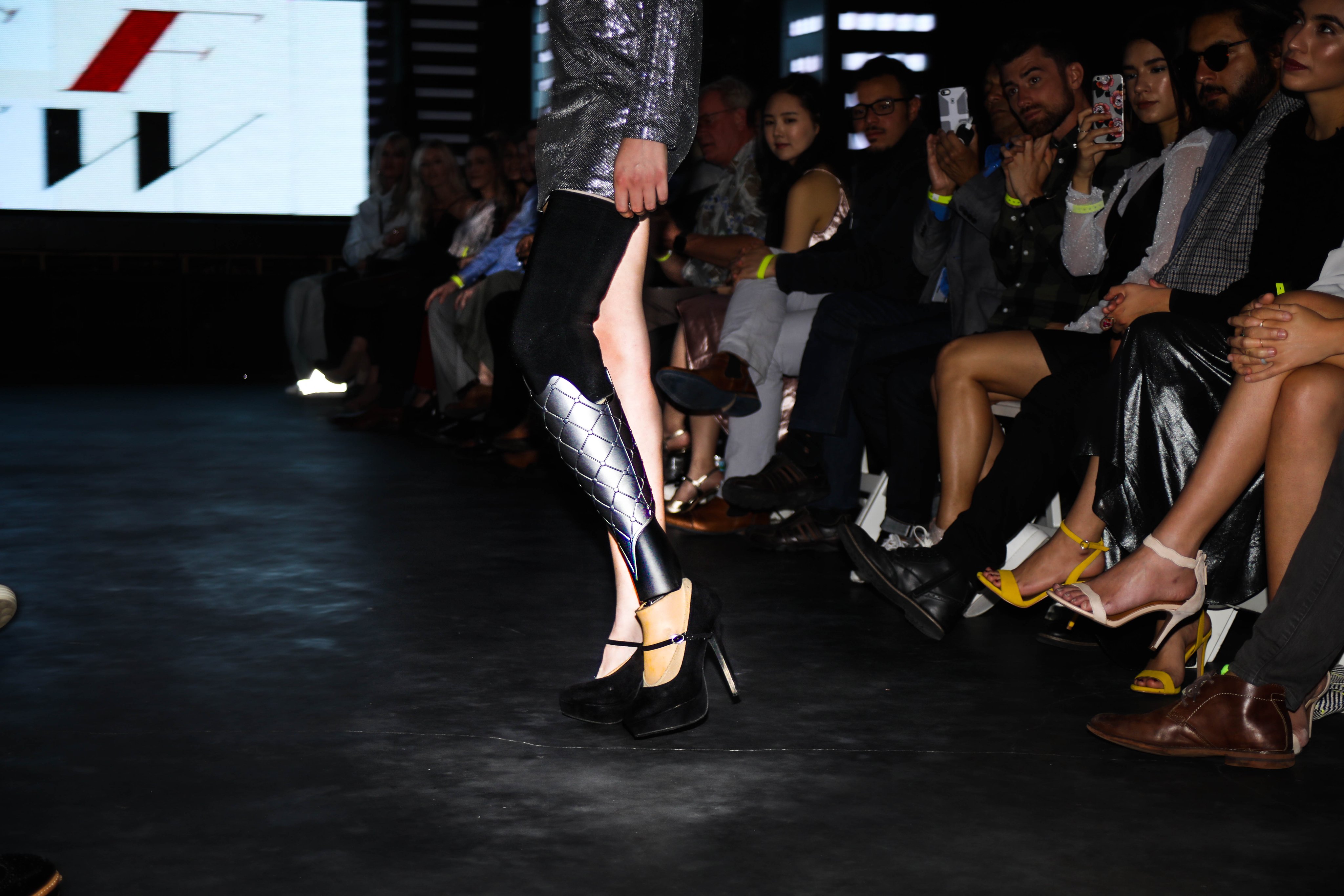 As if on cue, Kat used the applause to shine even more! She led an empowered team of UNYQERs, each strutting down that runway with total ownership and respect! Their showstopping, silver, gold, and platinum outfits perfectly showcased their UNYQ Armor™ in hues of shiny silver and gold. Earlier, the illuminating opening of the show featured eight UNYQ models in athleisure wear.

They were sporty and commanding in their personalized UNYQ Align™ scoliosis brace and UNYQ Armor prosthetic cover fashions.This segment was a perfect fit for UNYQer Chris, a San Francisco native who followed up his fashion week experience with his first adaptive CrossFit competition at the Working Wounded Games the following weekend.

Another Armor model in the show, Carlos, who rocked his Rivet cover with metallic & wood-like detailings. He attributes his life story of facing adversity to becoming the warrior he is today! Carlos now trains in mixed martial arts and believes in his ability to achieve his goals. “I wear a shield of strength, but one that you cannot see because it is from my soul,” he said. 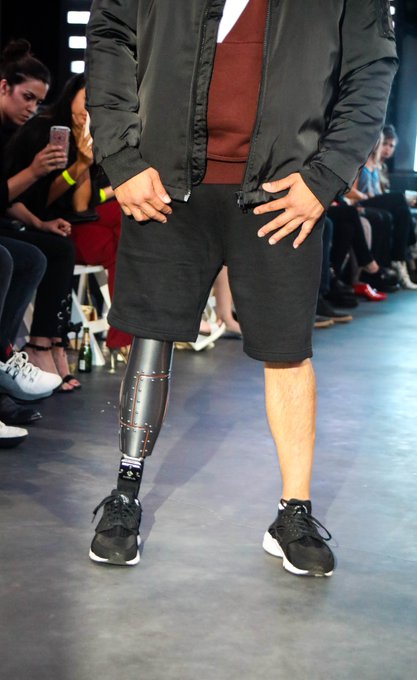 Full-time surgical nurse, Jill, was at-home in this segment as well, sporting a stunning, silver Vittra cover. As an active mom and “grammy,” she showcased her talent for her proud family in the audience. Jill is ready to venture into new adaptive sports, too, and loves showing off her black Floral cover. There’s no holding back this busy lady! And talk about active! Deborah didn’t let losing her right leg just below the knee 13 years ago stop her. In fact, it fed her drive to try new things! She regularly competes in challenging events, from CrossFit to triathlons to races and swimming competitively. As a designer and artist, Deborah loves that her UNYQ Armor helps her maintain a sense of style. So strut she did!

Our three UNYQ Align Armor teens were so excited about this runway opportunity, including meeting and spending time backstage with the other models and leading local fashion designers. When it came time to hit the runway, they worked it! Runway regular, 16-year-old Grace, lead the UNYQ Align girls gracefully down the runway.

And Sophie & Analia made their runway debut! From the sporty cheerleader look to the perfect dressy wear for teens, these young UNYQERS rocked the runway with their beautiful scoliosis braces! And both they and our adult models felt empowered.

Show organizer, San Francisco Fashion Merchants and Alliance, Inc., believes that type of empowerment is taking root in the fashion industry. Fashion designers and shows are embracing people with different heritage and qualities and progressing towards inclusiveness, rather than the “exclusive” boundaries of the past. The San Francisco Fashion Week show, and others UNYQ has participated in, reflects that change in attitude toward inclusiveness. And we believe that our own mission-driven focus on “style, not stigma” also serves as an impetus for acceptance of all.

So it is only fitting that this show would call on UNYQ for the grand finale! After all, UNYQ is all about fashion-forward design. And UNYQERS prove every day that diversity in action is good for all.